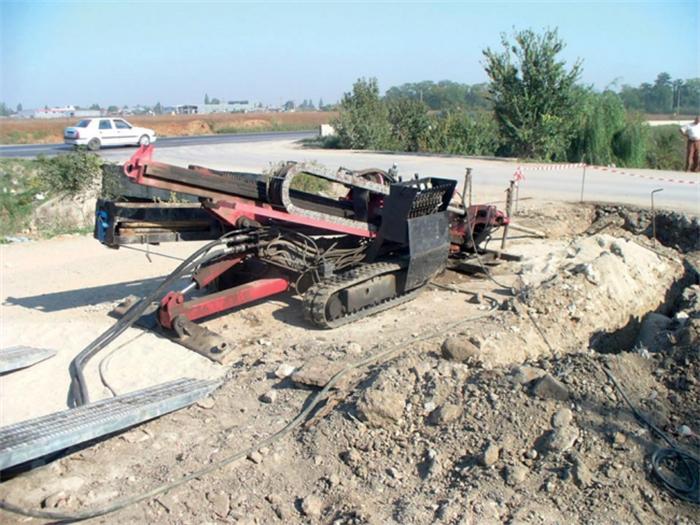 Depending on the situation in the field, different construction works can be adopted, achievable through horizontal directed drilling. Directional drilling can be used for underpasses or for the installation just below the road (at distances of about 50 m, between the manholes) of small cables and pipes. Also, the method can be used to consolidate by injection the unstable lands and affected by landslides and torrential erosions in the area of ​​transport roads and bridges. By performing drains and injections of material at the base of the slopes that present a risk of loss of stability. But with the horizontal drilling method, the geotechnical problems of stability and consolidation can be solved very easily. The process can also be used to eliminate any pollution situations, being applicable to the recovery of any type of pollutant of economic interest (gas, oil, etc.) by drilling holes that can reach directly into the center of the contaminated area.

It is necessary to provide a work surface both at the entrance and at the exit of the drilling. The horizontal directional drilling method, the most modern method of laying pipes underground, sums up the following technological steps: 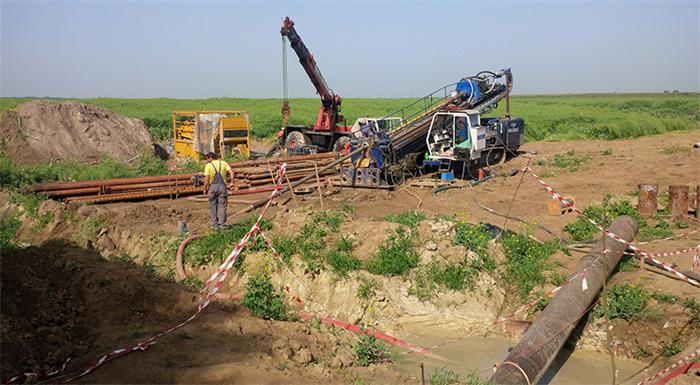 The final stage, of pulling the pipe, consists in detaching the widening head at the opposite end of the place where the drilling started and replacing it with a pulling head to which the pipe to be laid is attached. The rods together with the firing head and the pipe are retracted towards the installation, the pipe remaining laid underground.